How To Implement an Effective Cold Calling Strategy For Your Salespeople 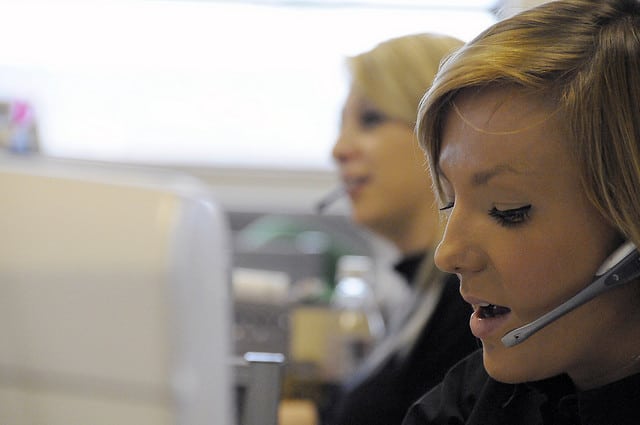 Let’s face it. Cold calling is not fun. It’s uncomfortable. It’s nerve-racking. It’s very intimidating. It’s something no salesperson looks forward to doing. Have you ever picked up the phone only to listen to a stranger rattling off a script in a futile attempt to sell you something? Did it captivate your attention, or did it make you want to hang up as soon the person stopped talking? When it comes to call marketing, scripts are the worst thing ever. It makes you sound unnatural and untrustworthy. You’re not capturing the prospective client’s attention because you don’t have any passion behind your voice. You’re not listening to your prospect’s wants, needs, or opinions. You’re not speaking in your own words. Ultimately, you’re not going to sell anything. However…

Cold calling can be effective if done right.

In order to make an effective cold call, you need a script that’s made up of topics, phrases, and benefits. It’s not a word-for-word script for you to read directly from, but a script that guides you through the conversation. You can use the script to ask questions and naturally lead the conversation to another topic based on the prospect’s answers. Most of all, it needs to be written in your own voice. If you have a team of salespeople, you should have each salesperson write his own script. That way, each salesperson’s script can be congruent to his own conversational nature. This can be done in six steps.

Step #1: Define the goal of the call

You want your salespeople to know why they’re making the cold call. You need to give them a goal, so they can write the script accordingly. You can give them a sample script to help push them in the right direction.

Step #2: Make the script your own

There’s nothing that kills a cold call faster than talking to a robot. Make sure your salespeople keep the call conversational. Include questions, phrases, and benefits to help get the point across. If an employee insists on having a sample script in the beginning, no problem! Just have a sample script, they could rewrite it in their own voice and gradually move away from the word-for-word script.

A script or guideline won’t feel natural at first so an effective way of doing it is practicing it enough times that it feels like your own. The best way for your salespeople to rehearse their own script is to get a buddy to act as a potential client, record the conversation, play it back, revise the script to make it sound better, and repeat the process until the script sounds completely natural. You can ask them to submit their recordings to you for feedback.

Step #4: Put them through a testing period

At this point, your salespeople should be ready to use their own script in an actual call. Have them record their own calls so they can listen to the recordings later and you can review the call as well. Recorded calls are prime teaching material which we’ll get into in the next step.

When playing back the calls, your salespeople should take notes on a notebook or a copy of the script. They should write down which aspects of the script worked and which parts needed to be revised. Write down which questions or topics got the prospect into talking. After journalizing each conversation, your salespeople should tweak their own script accordingly to make it more effective. They should keep analyzing each conversation until they have a masterpiece script with enough material for a flow chart.

With a list of many different kinds of questions or responses they could get from a potential client, your salespeople have enough material to create a flow chart. With a flow chart, they can create a cold call that’s much more conversational reliant on the prospect’s feedback than if they had blurted out a ton of stuff from a script.

That a call marketing script or a flow chart could become outdated very fast, especially if it depends on an industry fad or the latest news. Always make sure your salespeople constantly revise their scripts and flow charts to keep them fresh while sticking to your their cold calling strategy. It’s a constantly improving process!