Increase Sales in Your Organization by Building a Culture of Positivity 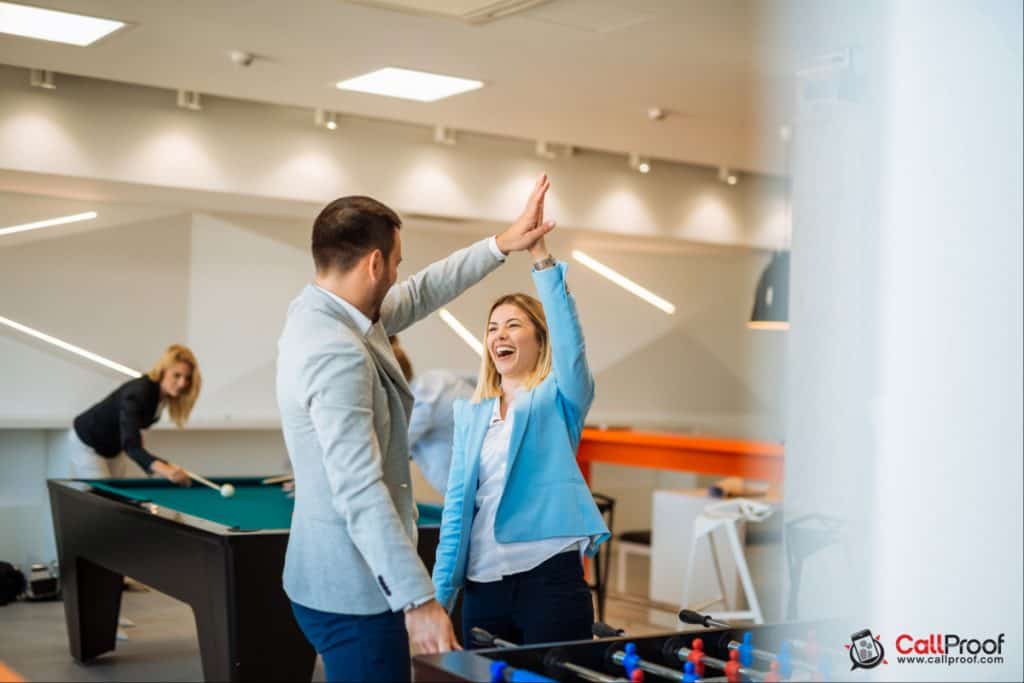 How do people reach success? Well, the common thread in my past endeavors is happiness. When people are happy and begin to envision success, they become an unstoppable force.

If we want our organizations to be their best, we need to be positive. We need to lead by making good decisions that produce end results that benefit everyone.

How to Build a Positive Culture

Sure, there’s the mentality that if you’re going to make an omelet, you’ll have to crack a few eggs. Yes, there’s stress in any organization. You’ll need to have tough conversations with people as you lead them and hold them accountable.

Yet in a culture of positivity, people realize you’re all on the same team. You’re working towards the same goal. People with a common goal and positive attitude view tough conversations as a challenge, not a threat. Ultimately, they move forward for the good of the organization. (Or they don’t make it in sales and you’ll hire someone who wants to get on board.)

This is how you create that culture… the culture of positivity.

1. Create a Clear Line of Sight

Show your employees the big picture. When we understand the reason for our work and our role in the team’s success, our work becomes easier because it’s purposeful. So explain to your team:

Then make sure each person knows how they fit into the big picture. How do they help the company reach its goal? Why is their role important?

One of the best ways to do this is to explain what problem you’re solving as a team. Everybody is happier solving problems than they are identifying problems. So focus on how you’re effectively resolving issues and making the workplace better.

As a leader, you need to cast a vision and lead by example. Communicate your focus and then lead from the front. Think of it like pulling spaghetti. When someone makes spaghetti, they have to get in front of the machine and pull the noodles out. They don’t sit in the back and jam it through. They actually guide the dough from the front.

That’s your job as a leader. You guide your employees in attitude, work ethic, and values.

3. Surround Yourself With People who WANT to Be Part of Your Culture

You need people on your team who are willing to be positive. Establish core values and hold people accountable to them — even your customers. Only work with companies that align with those values. If you have any core value violators — customers, employees, vendors — get rid of them immediately. Core value violators are like a virus that can infect your entire organization.

Once you have your goals and culture established, make sure you’re recruiting people who are willing to join that culture. Everybody from the bottom to the top needs to feel as though they have a stake in the outcome and be willing to positively contribute to the team.

What’s So Bad About Negativity?

It isn’t hard to find negative people. We can write negativity off as the norm or even chalk it up to humor. But who really wants to be in the culture negativity creates?

We’ve all been part of a negative culture — even if we didn’t realize it at the time. In these organizations, you’re told what you did wrong… constantly. You’re never told what you did right. Your boss brings their shortcomings and negativity to the table. They’re leading by example. They don’t feel successful, so you don’t feel successful. You feel like you’re barely scraping by as you eat your way through each day, ready for the evening. You’re watching the ship sink without the energy to run any rescue ops.

No one wants to work in a place like this. No one thrives in these cultures. See, most of what goes on in our lives is internal, not external. If we’re not in a positive culture, it affects our internal selves. We’re negative about life, finding faults rather than silver linings.

I just talked to a friend who was promoted this week. The new job is awesome! She’ll be doing what she wanted to do and earning more money… but not as much as she expected. Now, she doesn’t know if she should take the promotion. She’s been in a toxic culture for a while and that negativity is skewing her perspective.

I told her, “Life is going to be better! The only negative is that the money isn’t exactly what you wanted — but you’ll enjoy what you do. You spend about 70% of your awake time at work — the money isn’t as important as actually enjoying your work!” That’s the big picture. But because she’s been in a negative culture, she couldn’t see it.

Sometimes it’s hard to see the forest when we’re in the trees. And even the best of us can lose perspective when we’re surrounded by negativity.

A positive culture starts at the top and works its way down. Effective leaders create the vision. Then they take their vision from “me” to “we.” They cast that vision for the entire team and get everyone working in the same direction.

Leaders impact and administrators preside. Be the leader. Leaders make changes and grow their people. They make a difference. Administrators just make sure there’s governance on what everyone’s supposed to be doing. Leaders make it happen. They’re leading the pack to accomplish goals that benefit everyone.

Great leaders, positive leaders, do what it takes to make the entire team successful and create a culture that keeps that success going.