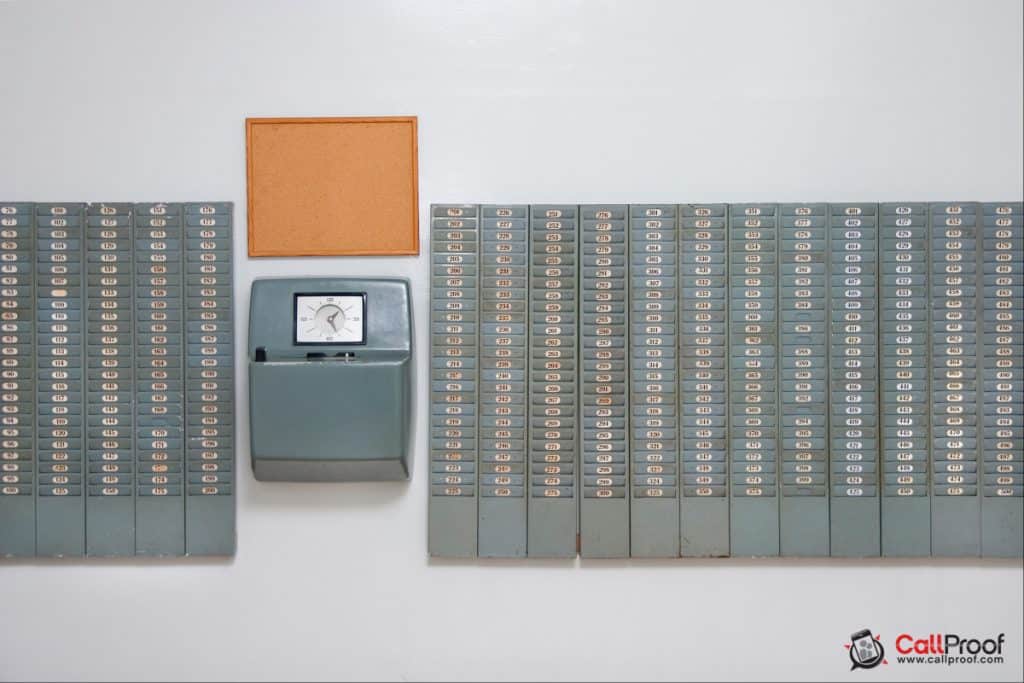 You’re a victim of fraud.

… if you’re running a retail store.

People cheat the system and cost you money you shouldn’t be paying. Here’s how they do it:

Time clock fraud takes several different shapes. Maybe someone’s late for work, so they clock in late. Then they tell their manager the system was down so they couldn’t clock in right away.

We all know the internet goes out, so we give them the benefit of the doubt more than we should. We end up paying them from the time they were supposed to start — not the time they actually arrived.

Other times, people call their co-workers and have them clock in for them — it’s called buddy punching. They can do it at the end of a shift too. They leave early and a friend clocks them out later.

Some companies trust the time report, but other businesses have gone all out with biometric readers or thumbprint scanning to prevent it. (But that’s really expensive — especially if you run several stores.)

People also con the system when they don’t clock out for lunch. It happens often when you have a busy organization — you don’t know who’s out or who’s back from lunch when. Then you’ll start to see some overtime hours you didn’t expect at the end of your payroll cycle. When you look back, you’ll see lots of lunch hours — but you won’t know who actually worked through lunch!

People may forget every now and then, but if you look in your payroll system and see that someone has “forgotten” to clock out for lunch every day since they’ve started, you probably have a time theft problem.

Managers bring another challenge. If they’re not at your store, they’re hurting your sales. A store without a manager present will not close as much business as a store with a manager present. Why aren’t they there? Maybe they leave during their shift to make a bank deposit for the store… but it takes three hours.

If you’ve been in business at least a month, these things have happened to you. Time clock fraud is extremely common… and costly. Here’s how we’ve fixed it.

We built a system called Beaclock (iOS) that uses a beacon inside your store and an app as a time clock. When your salesperson is at the store, they can clock in. If they’re not there, they can’t. People clock in on their phones, but it only allows them to clock in if their phone is within a 60-foot range from the beacon — a small device placed within your store. When they leave, it automatically clocks them out. The result: you only pay employees for the hours they’re actually working.

How Much You’re Losing

Not sure how much time theft is costing you? Just look at your payroll report and see what trends you notice. See anyone who repeatedly doesn’t take a lunch break? Notice any late arrivals? If so, calculate what you’re paying them (including overtime) and the opportunities you miss by not being well-staffed in your store.

Related: Avoid These 4 Costly Mistakes When Hiring a Sales Team

For my 64 stores around the Southeast, we were losing about $500 per day in time theft — mostly in skipped lunch breaks and late arrivals. It was time to do something different.

Sure, any employee would love to clock in when they’re not there — but you need them working! With a tool to help keep your employees honest about their actual work hours, you’ll save money and boost sales.