iPhone or Android: What’s the best option for your sales team? 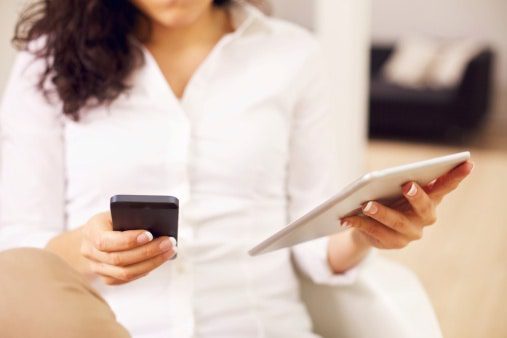 Technological advances in the mobile industry have made it increasingly possible to eliminate the commute to and from the office to process paperwork. Everything now happens virtually through the use of email and butt computing via high speed mobile networks making smartphones invaluable to the modern salesperson.

Today we’re highlighting points to consider when choosing the right mobile platform for your sales team. Do take note that we’re only narrowing down the choices to the two most popular operating systems for your convenience.

There are tons more sales related apps in Android than iOS. Apple will contend the quality of these apps, but the reality is that a lot of these apps are not ported into iOS, or iOS does not have a good counterpart with them due to restrictions in programming.

There is software that doesn’t have the same kind of implementation in iOS and in Android. Some of the functions may be available in one platform, while it is not the same once you jump to another smartphone OS. A good example of this is CallProof. In Android, CallProof can access the call history and it makes CRM reporting activities on the Android Platform easier. If a software doesn’t have an app and they want to use a different phone than the one prescribed, then I personally wouldn’t allow it. Allowing things like that just complicates the process and the idea is to make the processes automated.

Talking about the default software for each platform, the turn by turn directions that you get from Google is far superior than any other software, specially when compared to iOS Maps. Fortunately, Google Maps are available in iOS as well.
Cost

The cost of an iPhone is much higher specially we just had the release of the iPhone 5. Top Android contenders are much cheaper than this even without a contract. So if budget is a concern, then getting a phone on contract or a refurbished phone can be an option.

If you’re a sales warrior and you’re pretty much out on the road all day, battery may become an issue for you specially when you use a non-replaceable battery. Points go to whoever has a replaceable battery (iPhone definitely loses on this, although Android handsets like Nexus 4 don’t have replaceable batteries either). Car chargers help out a lot in these situations.

Disregarding the protection plan or any sort of warranty, iPhone typically has lesser repair options. Depending on the manufacturer and the model of the phone, the cost still varies for repairs.

Smartphone-wise, you can have a bigger screen with Android. Maybe you need to do product demos, Android will have the screen estate for visual aids. iPhone will either have to be on 3.5 inches or 4 inches. Nowadays, sales organizations use custom trackable links or URLs to sales managers can see if a field agent is using those for presentations and demos. Sometimes the impact on a smaller screen does not equate when you have a larger screen like in tablets, and it doesn’t matter if the links are getting tracked if the impact isn’t the same. It’s the same analogy why salespeople now use iPads instead of a presentation folder.

People love the iPhone for being user-friendly. Most people consider it to be the best smartphone to non-tech savvy people. Android, being open-source, struggles when it comes to standardization and simplicity.

The implementation of Gmail in Android, by far, gives the best user experience for email in a mobile. iOS does a good job with covering the basics and advanced options which are standard in all modern smartphones.

In the end, choosing a phone is a very emotional choice to make for any individual, and sales managers need to be careful to differentiate between the function and the superficial features that your team needs. Ultimately, for most business organizations, cost will be the main concern. The choice of apps will also be a major factor considering that some companies use their own systems and their choice of apps. You should also focus on what information you can receive from the device that will help you sell. How will it make your selling better? Make function the focus of your choice and you should have the best device your team needs.