How To Eliminate Price From Your Negotiation Process 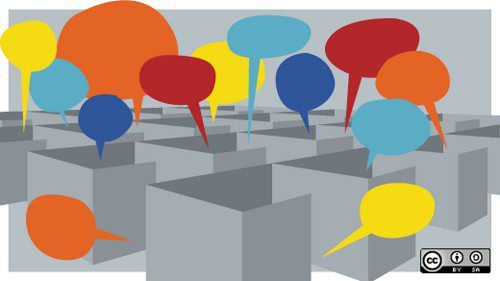 When it comes to selling, negotiation is king. It’s an essential part of being a good salesperson. However, negotiating is a craft that’s difficult to master. You need to be mentally prepared to get a victory.

As a salesperson, you automatically start out on the losing end of the negotiation. The prospect has the upper hand because he’s the one with the money and you have to convince him to fork it over to you. One would think that, in such a scenario, the salesperson would have to meet the prospect’s requirements and grant his every wish in order to close the deal.

Not necessarily. With powerful negotiation skills, a salesperson can get a prospect to sign the dotted line without much resistance. Do you want that kind of superpower? Read on to find out how to negotiate with a prospect and come out on top with our negotiating tactics and strategies.

The very first thing you need to do is to build rapport. Get to know the prospect. Make him comfortable. Introduce yourself. Drum up small talk. Use his name in the conversation. Do your best to avoid the topic of price until it’s absolutely necessary. You don’t want to jump into the conversation talking about pricing. It shows the prospect that you don’t care about him and that you’re just after his money. You want the prospect to understand that you welcome his company and care about him as a person. Money’s just an afterthought.

Once the prospect is comfortable with you, he will start to show a little bit of trust in you. If he tries to negotiate down the price of the product or service he’s interested in purchasing, offer to call the manager and see if there’s anything that can be done about it. Never let him know that you have the power to change the price. If you make the manager the bad guy and “team up” with the prospect to try and drive the price down, the prospect will appreciate your efforts. He’ll be likely to accept the best price you can offer him, which is usually higher than the price he originally wanted. A few prospects might stubbornly stick by their desired prices, in which case you should…

Emphasize on the quality of your product or service.

If a prospect complains about a hefty setup fee or your high prices compared to a competitor’s, always be prepared to answer with a reason behind every dollar. Explain that your product is highly-priced because it’s great quality and it comes with an experience, which can hardly be said about your competitors’ products.

Never argue with a prospect.

You’ll never win. Instead, just agree with the prospect before justifying your case. For example, if a prospect tells you that your competitor is selling the same product for a lower price, just nod and say, “I’ve had others tell me the same thing, but people tend to buy from us because they understand that we take good care of them.” You’re agreeing with the customer that the other deal exists, but you’re justifying why you’re the better solution. Doing this allows you to use the prospect’s power against them. You’re letting him think that he’s the stronger negotiator, while the truth is that you have the upper hand. At this point, he can’t talk down the price anymore. He’s going to have to choose between a low price that comes with subpar service or a higher price that comes with quality service and all the bells and whistles.

The bottom line? Be nice, be patient, and always come prepared.

PrevPreviousPerfect Voicemail
Next5 Signs You Should Stop Pursuing a LeadNext